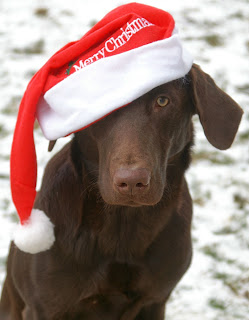 We would like to wish all our friends and family a Merry Christmas and Happy New Year!!!
Posted by Pat at 12:19 PM No comments:

Tundra has a good outing Nov 5th at Roneau Bay 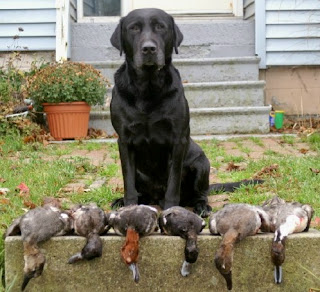 Chris Plouffe and I hit Rondeau today and had a great hunt with a very nice mixed bag of birds. Tundra enjoyed the day retrieving all the birds.
Posted by Pat at 3:32 PM No comments: 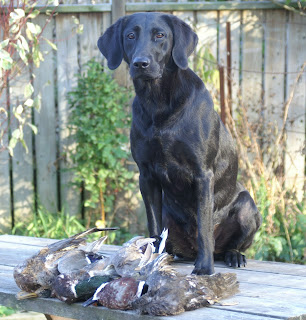 Reese finally got to go on her first hunt.  She really had a great time.
Posted by Pat at 4:37 PM No comments:

We just got back from a great week in the Soo partridge hunting.  The dogs had a great time hunting from the bikes, sure saved alot of walking :0) 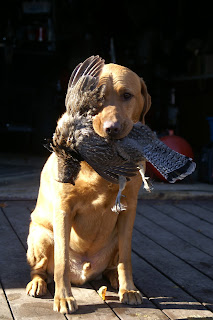 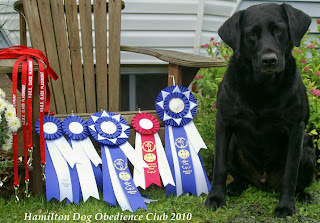 Tucker and I had a great weekend competing in Rally.  He finished his novice title in three straight runs with a perfect score placing first and also a third and a fourth in class.  I moved him up to advanced where he won his class again :0)
Posted by Pat at 1:16 PM 1 comment:

At the York Hunt test this past weekend and last test of the year Belle finished her Master Hunter Title!!

Star working on her Grand Master had another Master pass under her belt 3 down 7 more to go :0)

And for fun a couple of pics from early goose season. 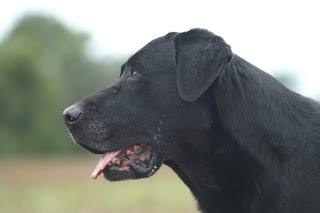 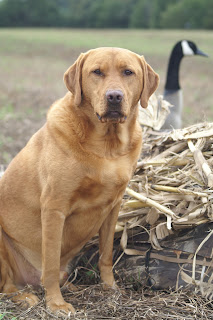 Sorry, no birds but not really sure why?? 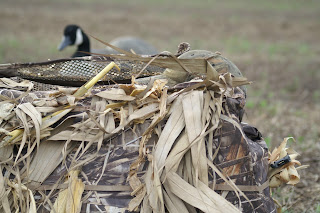 Chris and Star picked up a CM last weekend at Long Point's Qualifying trial :0)
Posted by Pat at 1:23 PM No comments:

After an incredibly hot weekend Chris came home from the hunt test with 3 Master passes. Two for Star and one with Belle :0)

Congrats to Chris and Casey for finishing their UKC HR title!!!  On to finished :0) 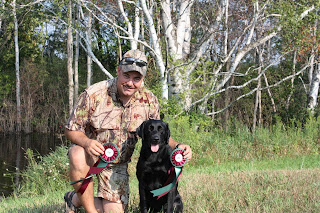 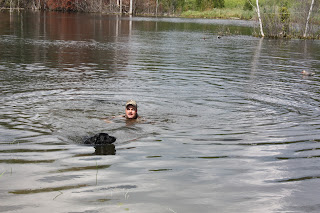 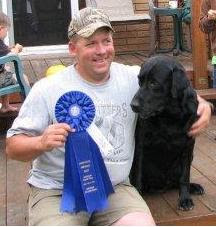 Its been a long time coming and a lot of hard work and its finally coming together! 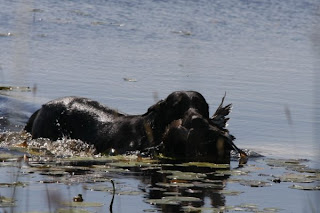 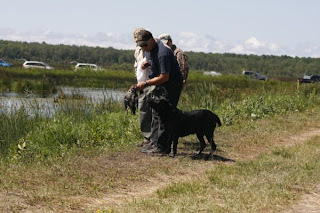 We made a seven hour drive to Pennsylvania in the beginning of June. Star finished her HR Championship in four straight trials! Tundra and Bell also received finished passes.

Belle got another Master pass at MVRTC, only a couple more to go!

And the best news Tundra and Chris finished their first Open Stake and recieved a CM.
Posted by Pat at 5:00 PM No comments: 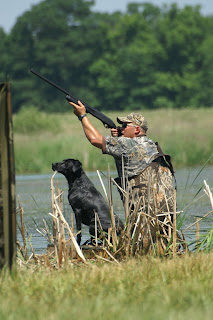 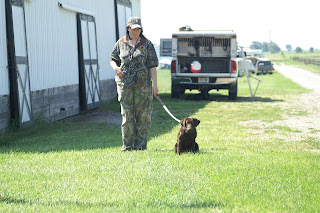 Congrats again to Rob Wright and Storm on your 4th in Qual this past weekend at Pine Ridge. Great news!!

We headed down to Central Michigan this weekend and ran Tundra, Star, Belle and Reese in the HRC hunt test. It was a late ride home but well worth it we ran 4 dogs both days and came home with 8 ribbons 6 finished passes completeing Belle's HRCH and 2 started for Reese. 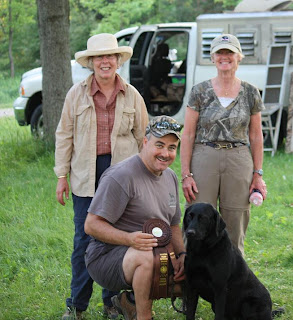 A Great Start to the 2010 Hunt Test Season

The B-Line crew had a good showing this weekend at the Essex HRC hunt test with 3 finished passes and 1 seasoned pass. Star, Belle and Tundra all met the standard for finished passes on Saturday and Casey ( B-Lines Little Miss Sunshine ) owned by Chris and Jodie Plouffe Handled by Chris.

Chris and Casey made short work of the seasoned set up's. You guys are realy starting to work well together keep up the good work.

We Are hoping to keep the ball rolling and head down to the fall grand in Georgia this fall.
Posted by Pat at 12:01 PM No comments:

The Sportsman Show was a pretty good success for us this year. Tundra on his qualifying night placed second and placed 4th overall in the finals and competed against some really nice talented dogs. 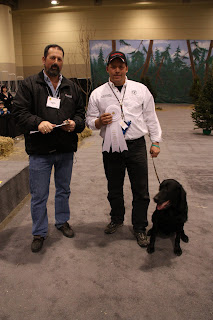 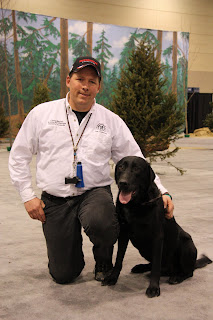 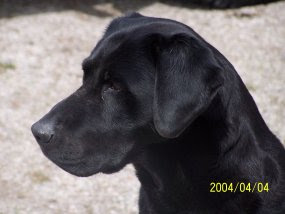 We wanted to take a minute to let you know of the passing of Rogue. He won't be remembered as one of the greats but he was a dog that had a big kind heart and caught our eye the first time we met him. He was the sire of our very first litter and is the father of our Star.
He impressed us years ago when we watched him being handled by a 10 year old boy that lost his father, to his WC, WCI and WCX in three straight trials and had an open win at Niagra. Llyod his owner was kind enough to let us compete with Rogue in Master and in field trials as our dogs were not at that level yet. He also placed in a Super retreiver series at the Royal Winter Fair. We were only able to put 2 Master passes on him as he was 8 years old when we started and he told us the next spring that he wanted to retire. From him we learned alot about handling & competing in trials, he was a gentleman, a great hunting dog and he will be missed.
Posted by Pat at 8:18 AM 1 comment: